I met an immigration officer who spoke to me. Nicely. And not about issues with my passport or visa or boarding pass or anything of that sort. He spoke to me about my travels. It was kind of like small talk, which was a little strange. He looked at my passport and saw the visas in there and asked me if I was going to Japan for school. Negative. I just got back from Hiroshima three days ago and my summer break just started.

“Where are you going then?” he asked cheerfully, genuinely curious instead of just asking as part of procedure. I paused for a fraction of a second, my mind temporarily blanked on my final destination. You have to cut me some slack, I don’t meet friendly immigration officers very often. “I’m going to … America,” I eventually replied. He flipped through my passport. “America, India, Japan, you’ve been around! Are you traveling while studying?” Affirmative. He’s spot on, actually. 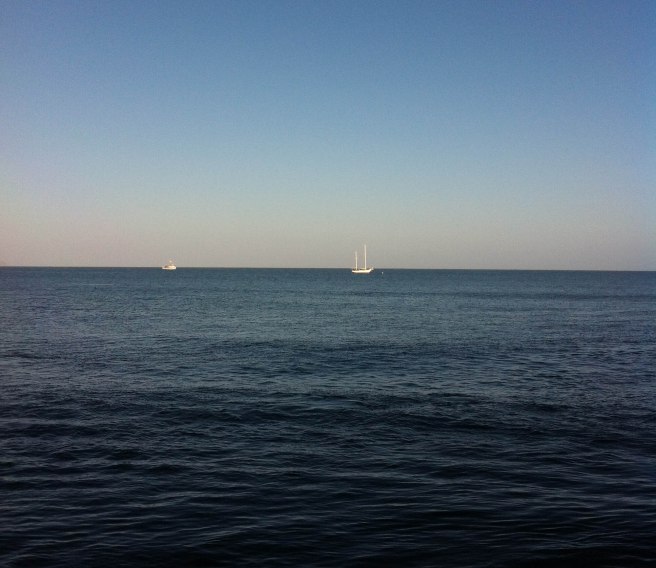 “Tell me, is the world out there beautiful?” Now that caught me off guard. “Yes” I smiled broadly at him, and he returned it. “Vietnam must seems so boring after all that.” I wanted to disagree, I wanted to say that even with all my travels, I’ve never seen a place like the land of my birth, but the immigration line isn’t necessarily the best place to have a conversation about the ethics and meaning of being a traveler, so I just laughed. He looked up at me, part puzzled by my cryptic laughter, part examining the little girl standing on the other side of the plexiglass.

I don’t think I’m the passenger with the most stamps in their passport that he’s ever met, but maybe I’m just the first one that he’s seen all night who spoke Vietnamese and barely stood as tall as the counter. “I’ve never been anywhere,” he continued, “even though I work here. I’ve only sent people off. I’ve never been the traveler myself.” He passed me my passport back and smiled. I smiled back. “Thank you.” As I walked the short distance between the immigration counters to security check, I vaguely heard him echoed to the immigration officer next to him in the booth “I’ve never been anywhere….”

And then I was off to god knows where. Anywhere.